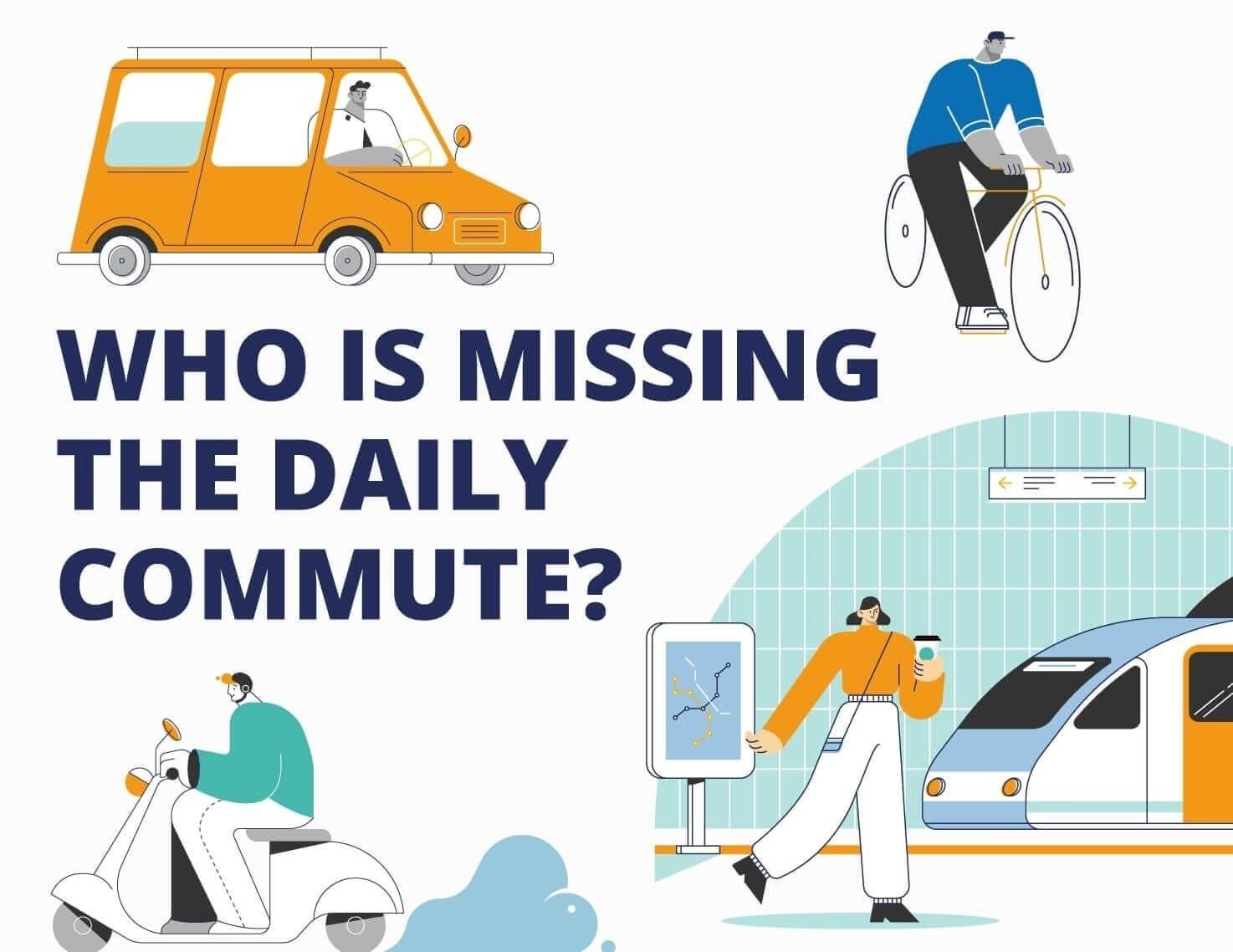 For decades the commute has been a necessary part of our working day, with working from home something of a rarity until the Covid-19 pandemic hit the UK early in 2020.

But in recent months, many businesses have welcomed employees back to the workplace as we collectively try to find the right balance in living with Covid-19. For millions of people, this has meant the return of the work commute.

Real Business Rescue has surveyed over 1,000 people who either currently commute to work or used to commute before the pandemic, and we asked them what they’d missed most about their journey into work...

Regions that missed commuting the most 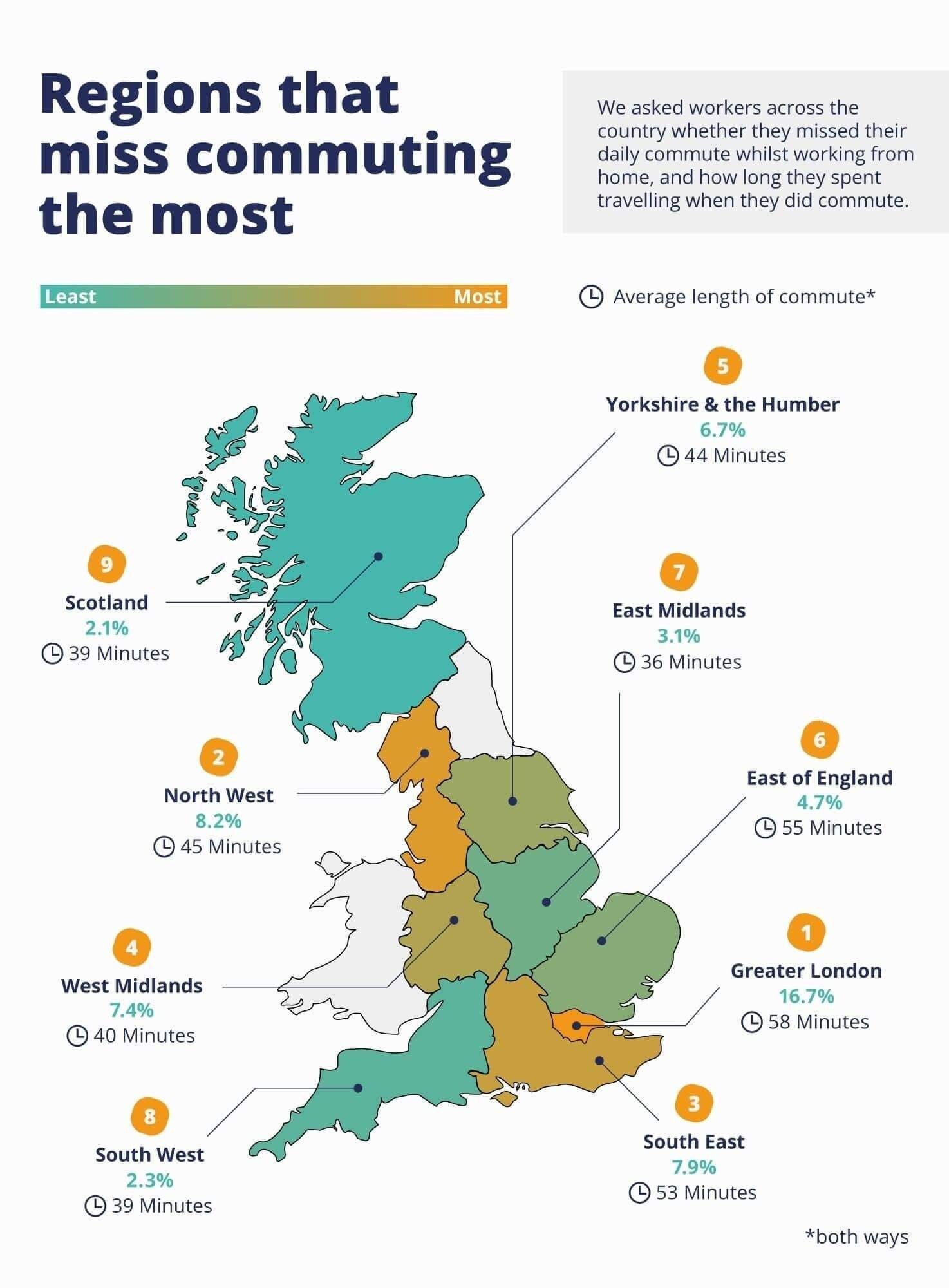 17% of workers living in Greater London admitted they miss commuting when they work from home, despite having the longest commute time - a mammoth 58 minutes.

Industries that missed commuting the most 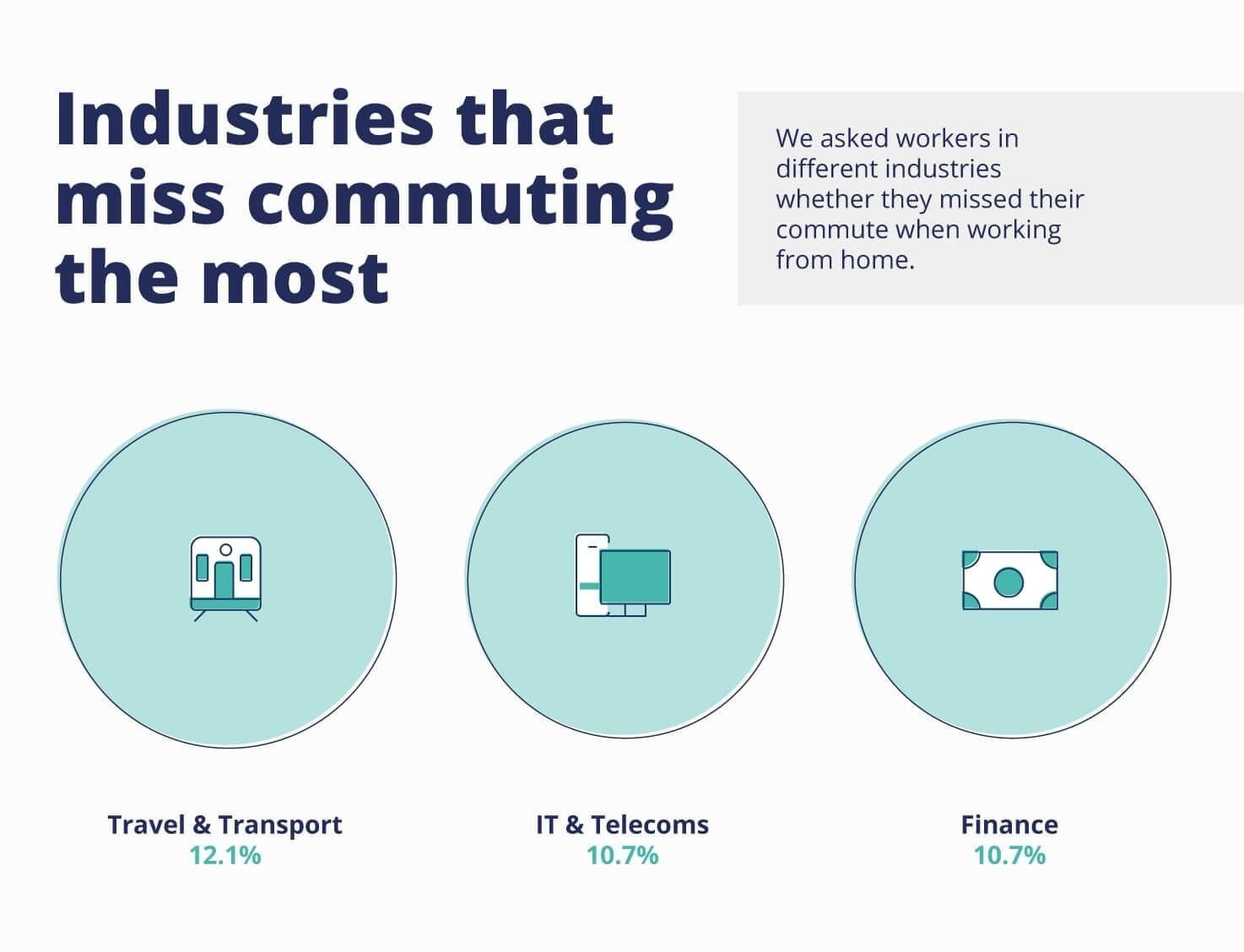 12% of those in the travel and transport industry missed commuting, which is more than any other industry and proof that those in the industry have a clear affinity for what they do.

In joint second are the IT & telecoms and finance sectors, with 11% having missed their journey to the workplace.

Those who missed their commute the least whilst working from home are those in the education (4.4%), healthcare (4%) and manufacturing and utilities (3.7%) sectors.

Which parts of workers’ commutes are their favourite? 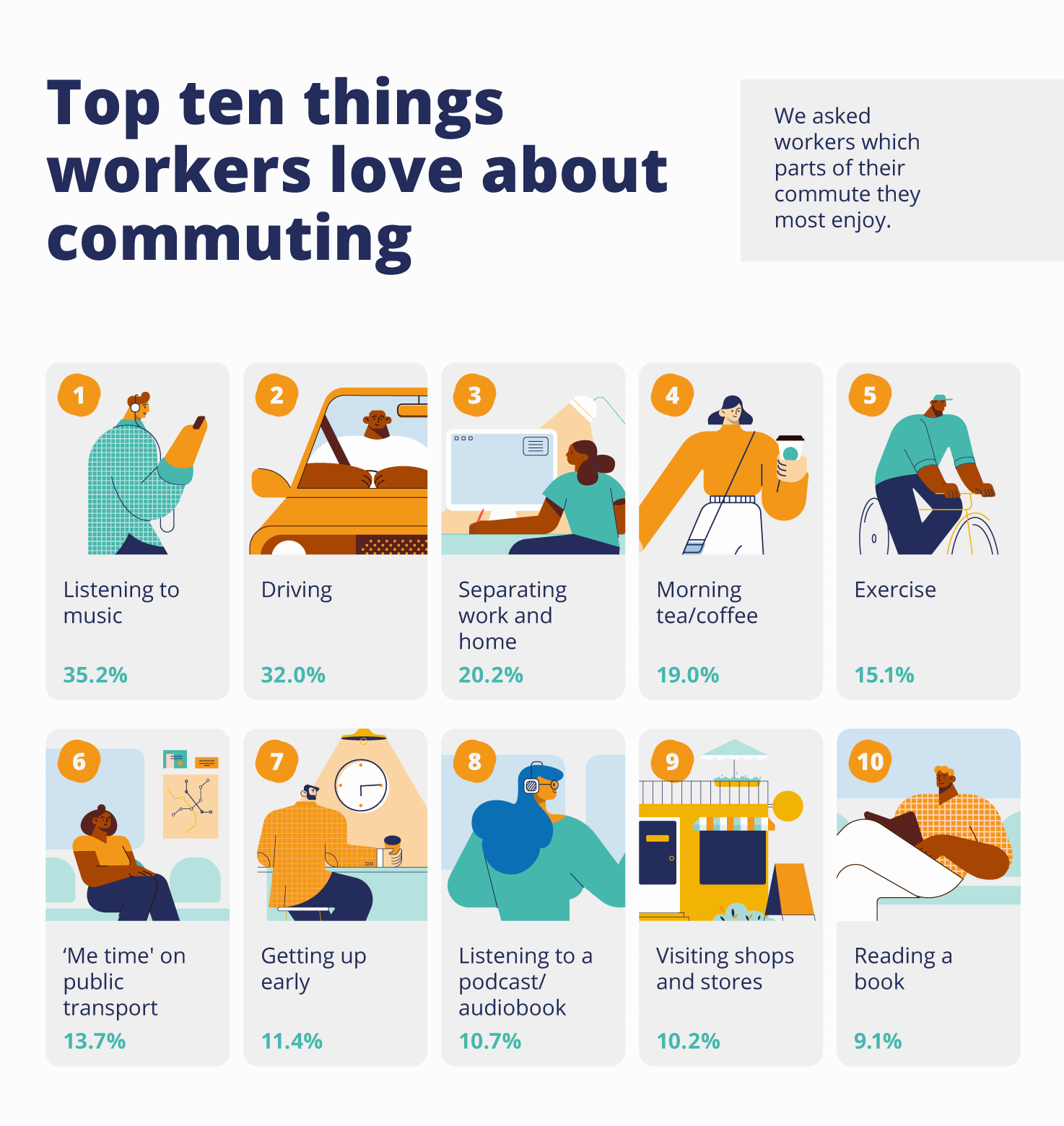 The commute isn’t just about getting to work, there are plenty of aspects to the journey that commuters enjoy.

More than a third (35%) said their favourite part of their commute was being able to listen to music. 32% enjoy their drive, and one in five (20%) like being able to separate their work and home life.

This suggests that workers do enjoy the additional aspects that the journey brings to their everyday routines, and for some, it could be the only chance they get to enjoy their chosen media during the day.

Meanwhile, 15% use their commute as an excuse to get some exercise, and just 9% take the time to catch up on their reading.

What are the most popular modes of transport for commuting? Over half (53%) of all commuters make their journeys by car, more than double any other form of transport.

Just 22% of workers walk the journey to work, the same number of people who take the bus. The least common form of transport to use when travelling to work is the tram, which is used by just 6% of commuters.

Real Business Rescue surveyed 1,000+ UK workers who commute or used to commute to their workplace. Respondents answered questions around which mode of transport they use to commute to work, whether they missed the commute during the pandemic lockdowns and which parts of their commute they were looking forward to the most.

Real Business Rescue is part of Begbies Traynor Group. We are the UK’s leading business recovery practice with regard to total corporate and business insolvency appointments.

We offer comprehensive director support through our nationwide office network with representation in Scotland, Wales, Northern Ireland and throughout England.

Throughout 2021, Begbies Traynor and Real Business Rescue handled more than 1,500 new cases, including liquidations and company administrations, the most common types of formal insolvency procedure within the UK.

All UK sectors are experiencing specific challenges at present, particularly in light of the Covid-19 pandemic. Find out how your sector is performing here.

We will also check if you’re eligible for Director Redundancy

We provide free confidential advice with absolutely no obligation.
Our expert and non-judgemental team are ready to assist directors and stakeholders today.

Claim your Free Business Review to understand what options are available to you.

Find your nearest office - we have more than 100 across the UK. Remote Video Meetings are also available.

Free, confidential, and trusted advice for company directors across the UK.